Your session will expire in 0 minutes.

My Forensic Science class documented a mock crime scene. Peter from the Drama Club's show "Peter Pan" was found around noon on September 23rd. There was "blood" in the room. It seems that a crime occurred. The students were to document the crime scene, taking notes and creating a sketch map of the body and all the evidence. Students were not asked to solve the crime, but they had fun theorizing about what happened to Peter, and whose finger was found at the crime scene. 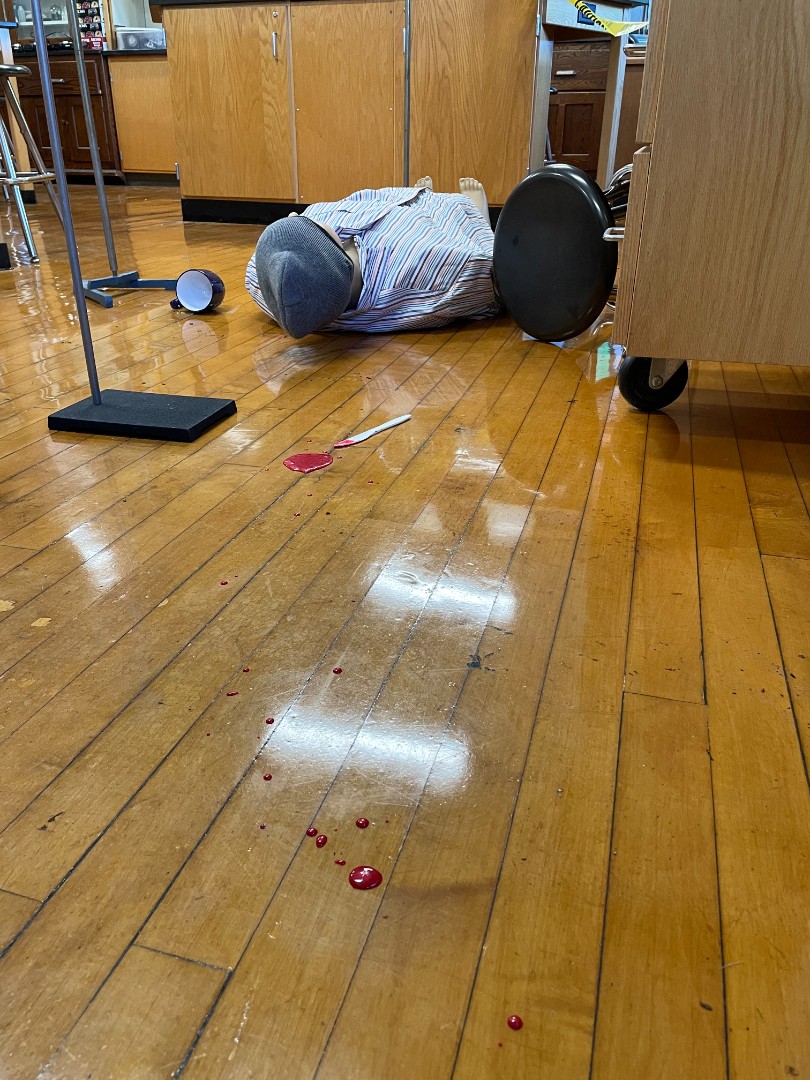 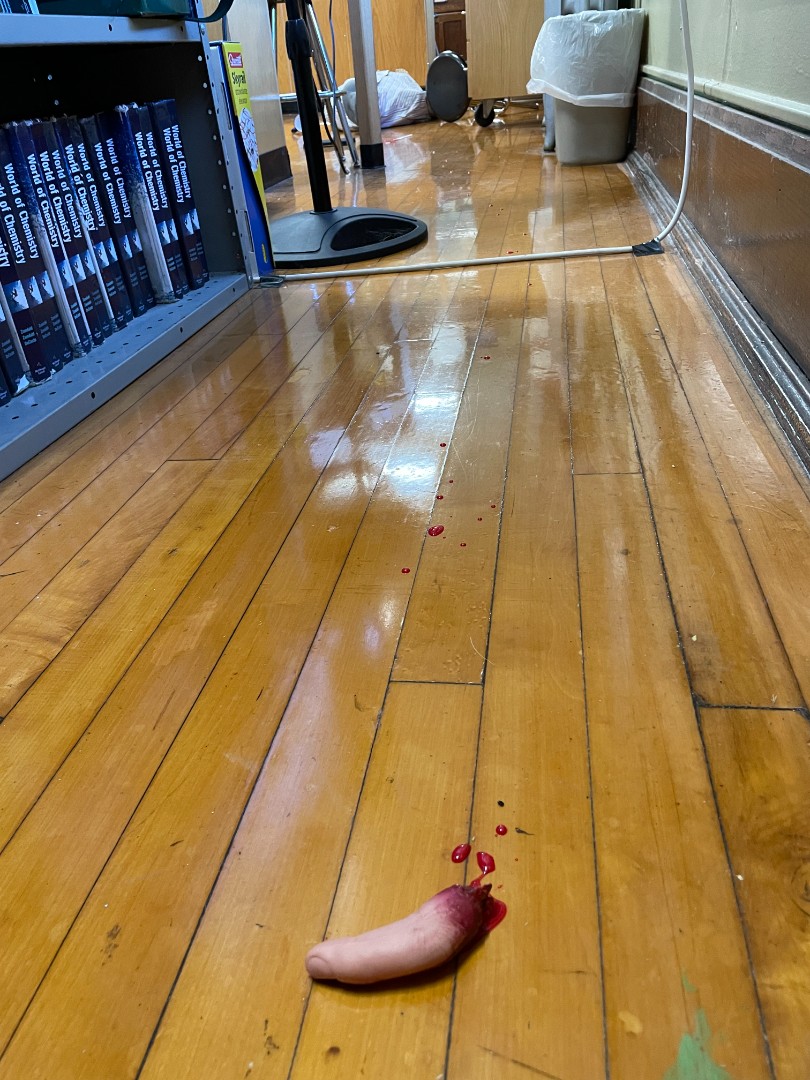 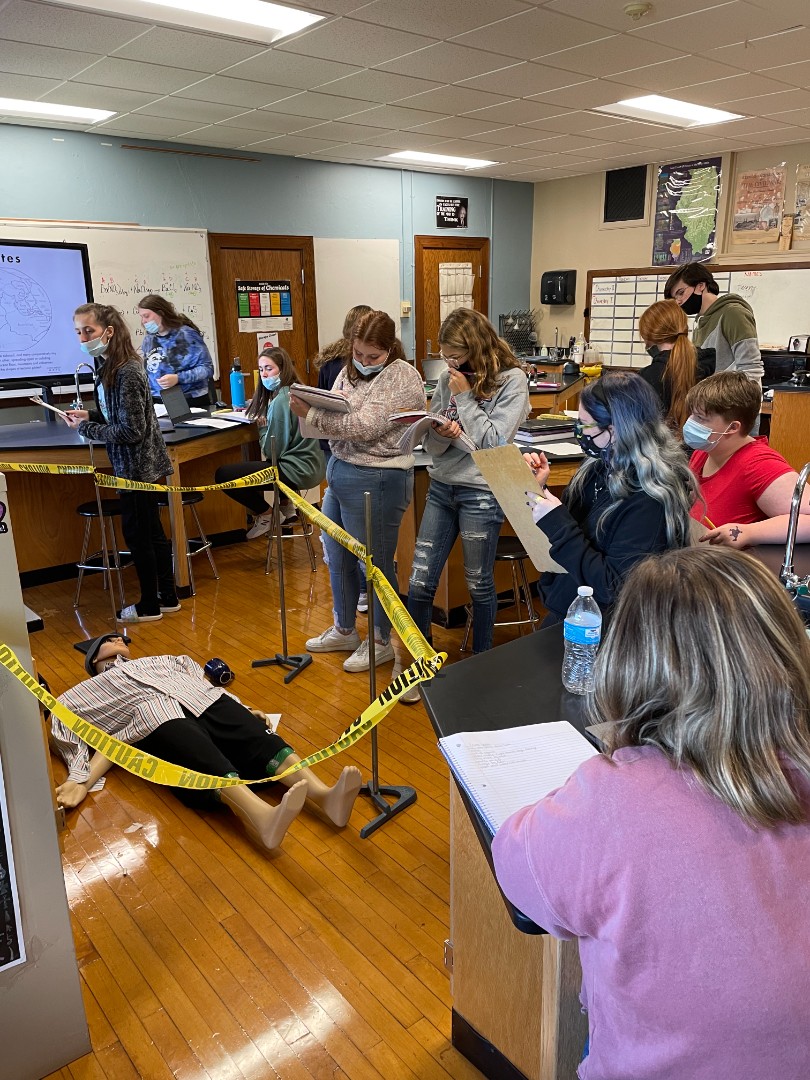 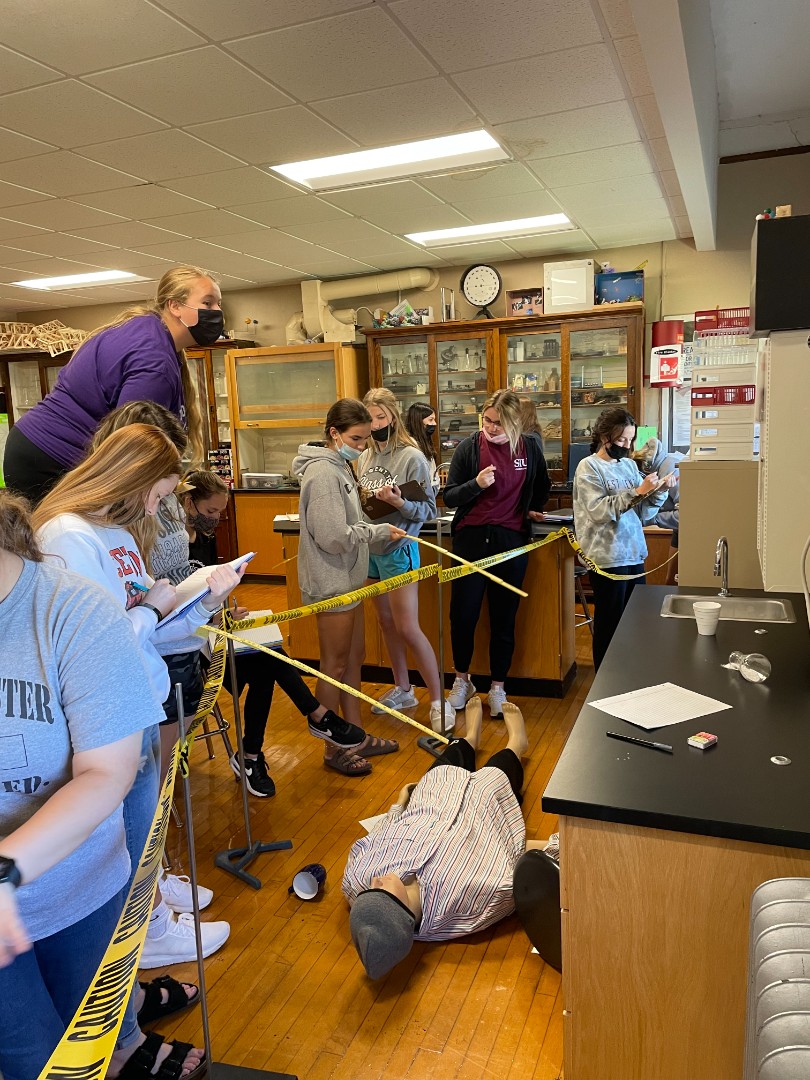 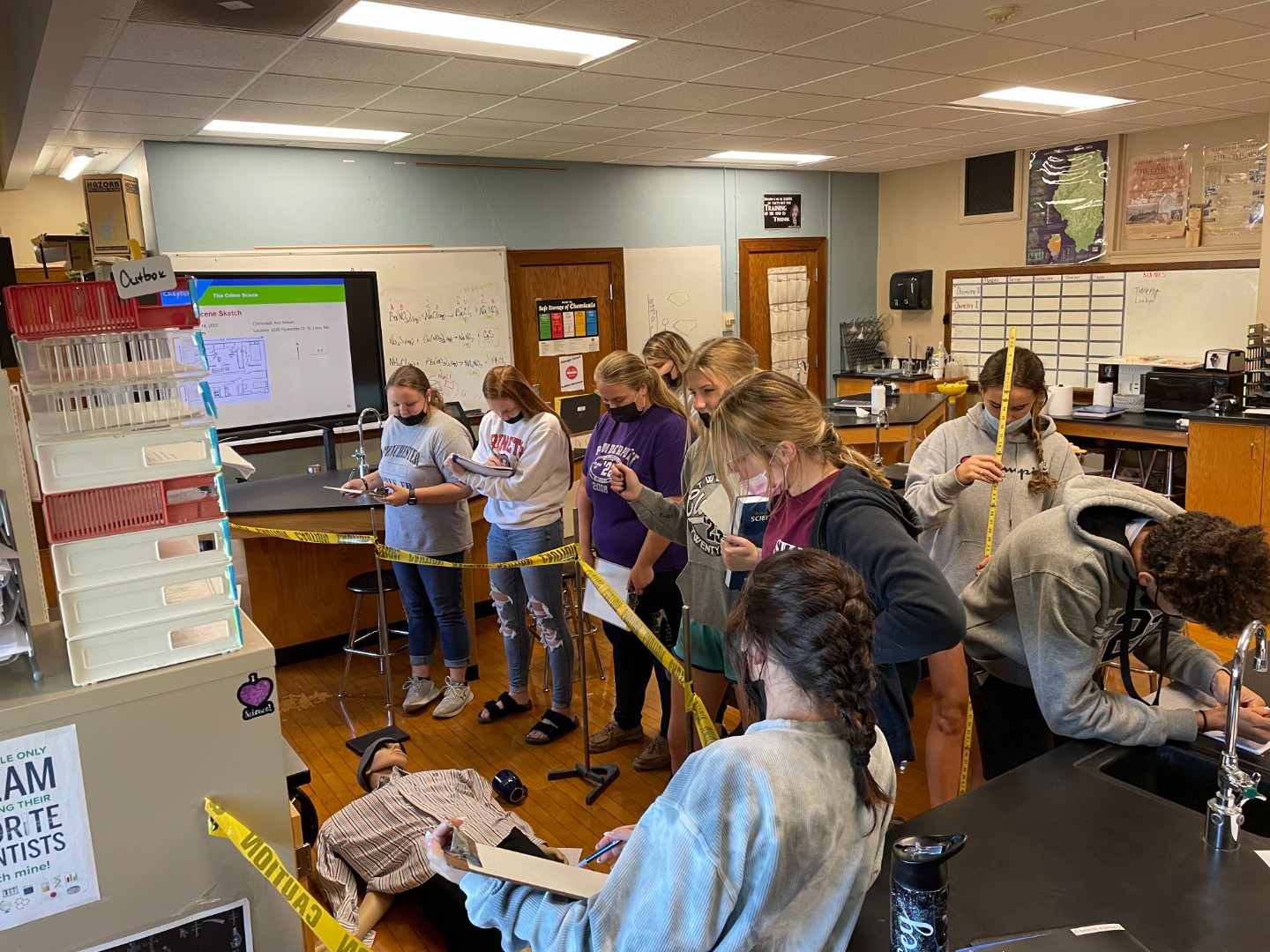 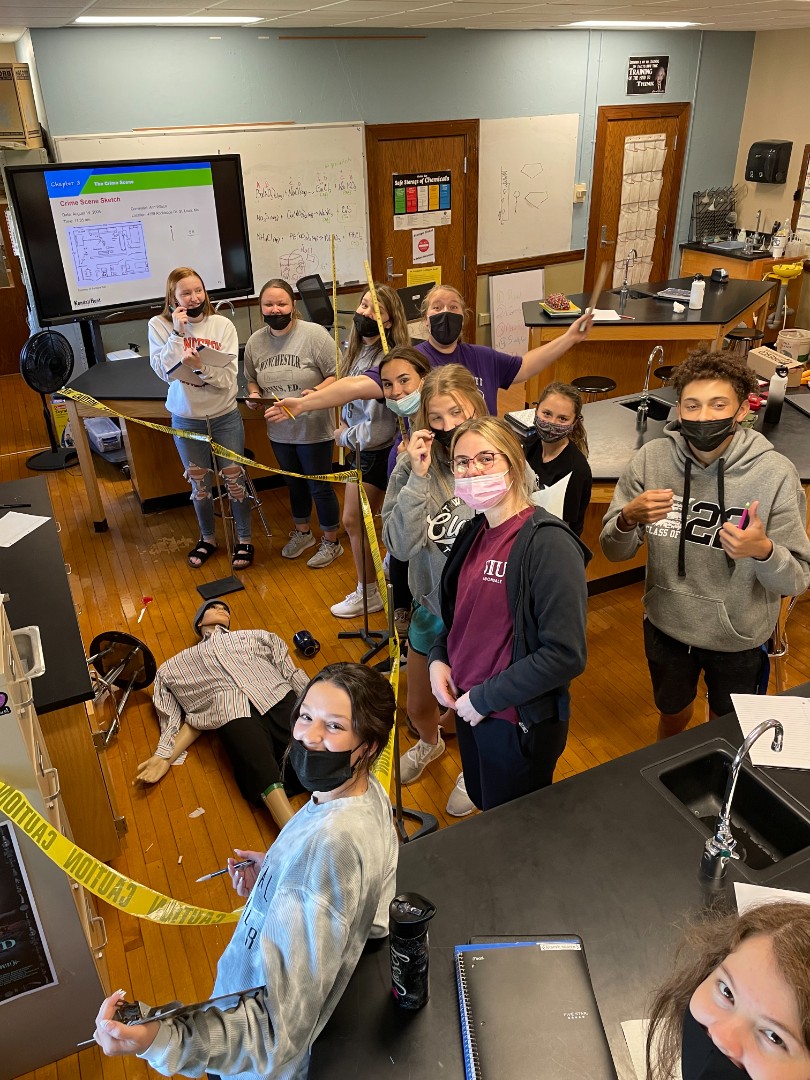